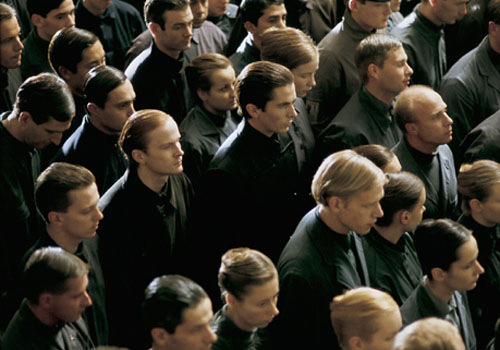 Facebook advertising is no longer what it used to be over the past few years, they used to preach two things which are not valid anymore:

1. Setup a page, Identify your audience, create compelling content, Advertise, and finally measure & adjust. [WRONG] Today, we all know that investing time, money and effort on a Facebook page is not worthwhile because of very limited organic reach of your posts, it’s basically an investment into something that you do not own and have no control over.

2. Facebook advertising core value proposition is about word of the mouth advertising. [WRONG] As the product is evolving there are no longer what used to be called sponsored stories, driving post engagements and page likes are not as attractive as before.

This is what Facebook is not about anymore, so what is it about?

Google Display Network already has this feature but it uses cookie-based behavioural targeting and twitter rolled out a similar feature last September but it is still in early stages to judge.

Lookalike audiences works extremely well and saves you the hassle of having to assume what kind of targeting would work better for your campaign. However, it is as good as the initial audience seed that you provide, it has to be very clean and well segmented in order to send the right signals to the Facebook algorithm and let the magic work.

There are multiple ways to create the seed such as using the conversion tracking pixel or choosing segments from fans of your page. However, I recommend to use custom audiences by uploading a list of emails of the registered users on your site. For the best results you can follow these steps:

1. Generate a list of registered users on your site.

2. Segment the list to groups, each group has a maximum of 10,000 emails(that the maximum allowed list size). You can segment your lists according to data that you record in your site such as the engagement levels of users (e.g. Users who write reviews and rating regularly), purchase activities, frequency of login, demographics, etc, …

3. For each segment, create a custom audience list, FB will match the emails to FB accounts (you should expect a match rate of 50%, for example if you provide 10K emails, Facebook should be able to find at least 5K emails of them registered)

4. Create lookalike audience for each custom audience list, make sure to choose the best precision option and the location, this should get you around 250K lookalike audiences for every list uploaded that contains about 5K valid emails on FB.

You will be amazed how this feature works well, but it all depends on how good your seed data is prepared and segmented.

Note: Just to make sure how accurate FB algorithm works, try to create an ad for one of the custom audiences and check for its metrics such as male vs female or iOS users vs Android users. Try the same for lookalike audiences and you will be amazed by how similar the ratios are!

Do you see this as an approach that will help you reach your goals and objectives? Math and science says it should as well as testimonials by advertisers who have tried this so far.

One thought on “Lookalike Audiences: Facebook Ads Most Powerful Tool That Nobody Uses”